Standing desks are a great way to encourage movement and reduce sitting time during the day.

However, there may be another benefit that you haven't thought of.

Also, watch this video to learn more about specific examples of standing desks that increase productivity. 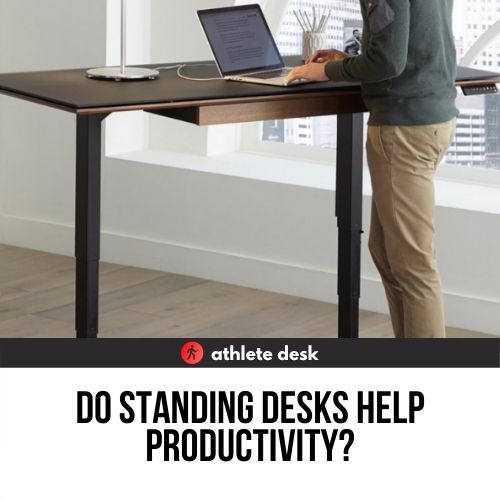 One way that standing desks may improve cognition, focus, and memory. The idea behind this is that standing will activate the cerebral circulation in the brain.

This provides the brain with the necessary nutrients, blood, and oxygen that it requires for functioning.

Standing also provides better blood circulation. When we sit, we often reduce or slow the circulation of blood around the body.

This is especially true for the legs and back area. Standing can provide better blood flow. In turn, this may help the body regulate and manage blood sugar levels.

Read More >> Are Standing Desks Bad for Your Knees?

If the blood sugar levels are not well regulated then there may be large shifts in energy levels. When the sugar spikes, there may be high productivity, but when it crashes so do you and your productivity will suffer.

Since standing can help to provide blood circulation that helps to regulate the blood sugar level, it follows that there would be more focus due to a decrease in blood sugar spikes.

Research shows that there may be a positive effect on neurocognitive function and skills. The type of functions that we require to complete tasks is regulated in the frontal regions of the brain.

One study focused on imaging in this area to determine the effects of standing desks. The results were that there were improvements in memory, executive function, and brain activation patterns.

Furthermore, teachers have also studied and observed more attention and better behavior when their students use standing desks as an alternative to sitting traditional desks.

Plus, standing desks encourage exercise and exercise, which can have a positive impact on your overall productivity.

It can also help us relieve stress and improve our mood.

We tend to be more productive when we are happy and energized. 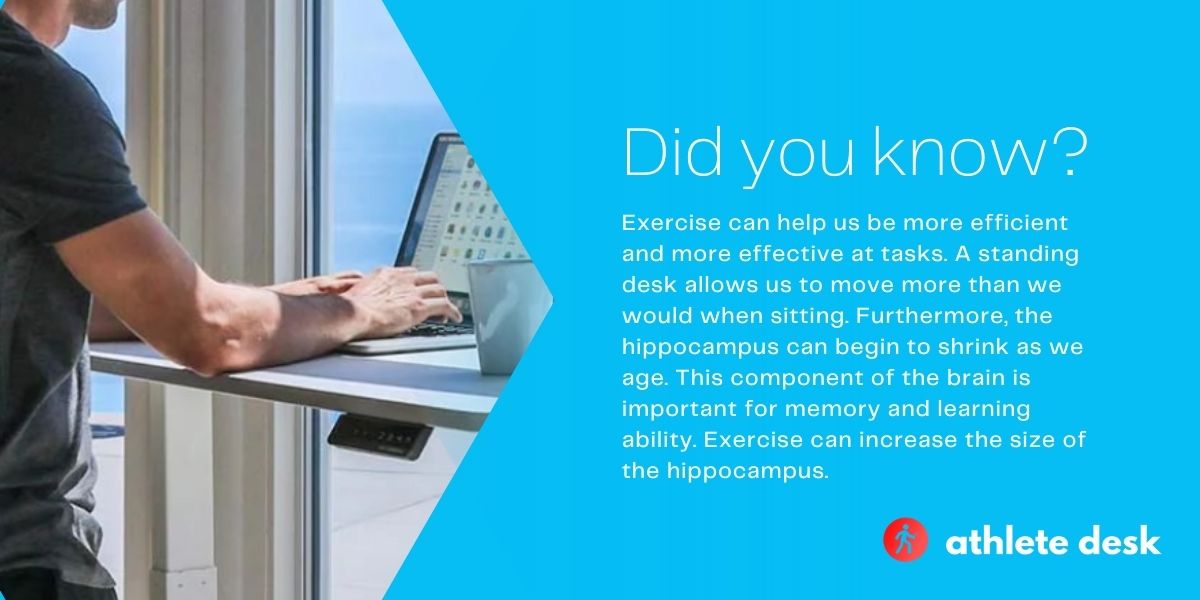 Exercise can help us be more efficient and more effective at tasks. A standing desk allows us to move more than we would when sitting.

Furthermore, the hippocampus can begin to shrink as we age. This component of the brain is important for memory and learning ability.

Exercise can increase the size of the hippocampus.

One study showed that if the workforce incorporated an extra 15-minute walk into their daily routine, the world economy could grow by up to $100 billion annually.

The study found that when the levels of exercise were higher, the economic gains would also increase.

Even though there needs to be more research on the subject of productivity and the use of standing desks, the studies that have been completed show some promising results.

Possibly the most well-known study on the subject was conducted by Texas A&M.

This study concluded that the standing desks significantly increased the performance of the participants.

The study focused on over 160 employees of a call center over 6 months. They found that there was a gradual increase in productivity for the employees who use standing desks compared with those who used seated, traditional desks.

By the end of the study, the standing desk employees had 53 percent more successful calls.

Another study focused on students and the rate of engagement. The initial results indicated that there was a 12 percent increase in on-task engagement for those in classrooms that had standing desks.

This is equal to 7 minutes every hour of engagement more than the seated classrooms.

The reasons behind the increase in productivity are still being determined, but it seems to be a combination of several factors including movement, increased blood flow, and a reduction in the pain that can be caused by sitting uncomfortably or unnaturally for hours at a time.

In addition, many of us sit 5 days a week for hours at a time. Reducing this sitting time can be an important way to improve overall health and well-being.

Standing desks are popular and the fact that they may increase your productivity just adds to the growing list of reasons to purchase one.

There are many affordable options and the benefits of using a standing desk may be enough to pay for themselves if your productivity increases as much as research seems to indicate.

Although more research needs to be completed, several studies are showing the increase in productivity, memory, focus, and cognition that look very promising for the future of standing desks and work. 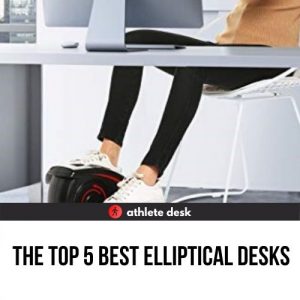 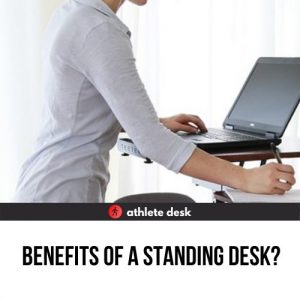 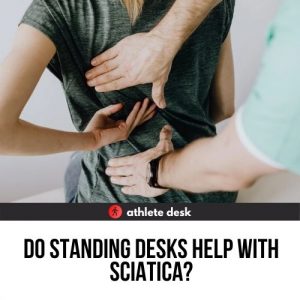 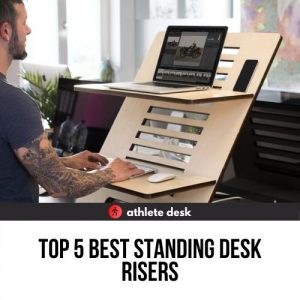 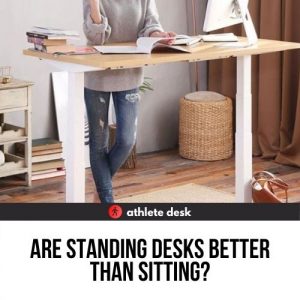 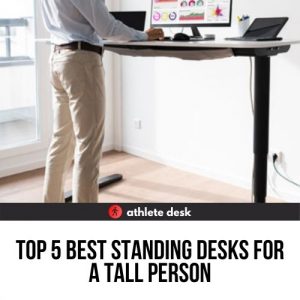